Village Roads To Be Laid With Bm & Bc

Village roads in Kizhakkambalam panchayath to upgrade its quality to Bitumen Macadam and Bitumen Concrete (BM & BC) standards. As part of this, Ambalapady roads have also started the tarring process. The metal was scattered several months ago, but due to some technical reasons, the tarring was delayed.

“Initially when Twenty20 implemented the widening and re-tarring of roads, a lot of opposition was there. Later on, when the residents realized the need for widening the roads, the landholders willingly gave their land”, said a Twenty20 official.

Road Construction of Thamarachal Malayidamthuruthu has been started Under the leadership of PWD and Twenty20.

As a part of Urban Development Project, The Panchayat President KV Jacob and the people inaugurating the development activities of the Chiravakkadu Pallikutty Road in association with Twenty 20 and Kizhakkambalam Panchayat.

As part of the Urban Development Scheme, Twenty 20 Chief Coordinator Sabu M Jacob inaugurating the development activities of the Erumpara Anjalichuvadu Road in the presence of kizhakambalam natives.

The first phase construction was doing in 1 kilometer distance. 8 inch thickened road will be constructed using modern mechineries will last longer and gaurantees years of good condition. More roads in the Panchayath will be laid with BM & BC tarring. Raod construction and development activities under Twenty20 is being progressed in Kizhakkambalam. Road have been extended from 8 to 12.5 meter. 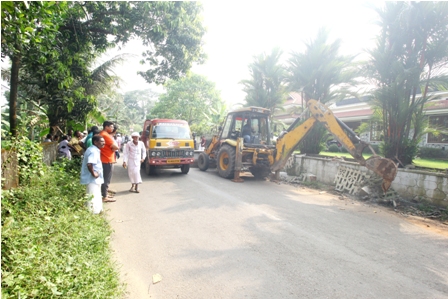 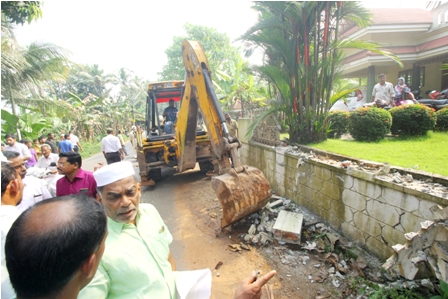